The Facts on Wind Generation 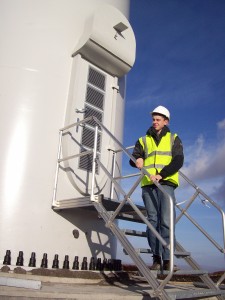 Different energy technologies have different load factors. No individual power plant is always available to supply electricity. All plants are unavailable at certain times, whether for routine maintenance or for unexpected reasons. The load factor of an energy technology is the ratio (expressed as a percentage) of the net amount of electricity generated by a power plant to the net amount which it could have generated if it were operating at its net output capacity. Wind farms can be treated statistically in exactly the same way as conventional power plant. For any type of power plant it is possible to calculate the probability of it not being able to supply the expected load.

As wind is variable, the probability that it will not be available at any particular time is higher. Wind energy has a lower load factor than many other technologies. The load factor of wind varies according to the site and the type of turbine, but it is generally around 30%. It is higher during the winter than the summer. An average wind farm with an installed capacity of say 5 MW will produce an output of 13,140 MWhours/year, i.e. 30% of what it would produce if it were operating continually at maximum output.

Every unit (kWh) of electricity produced by the wind displaces a unit of electricity which would otherwise have been produced by a power station burning fossil fuel. This is a generally accepted fact used by many organisations including Government in their environmental calculations. Wind generated electricity does not replace electricity from nuclear power stations because these operate at ‘base load’, that is they will be working for the whole time that they are available.

Electricity from wind turbines replaces the output of coal-fired power stations as these are the most flexible plant on the system.

Nuclear plant operates at base-load, as do almost all gas plants. It is the output from coal fired plant which is adjusted to meet the electricity demand on the system. In other words, most ‘load following’ is carried out by coal-fired plant. It is important to realise that gaseous emissions from conventional power sources are decreasing, due to increases in efficiency and the use of pollution abatement equipment.