The Great Glen Energy co-op has a Board of Directors elected at the AGM. 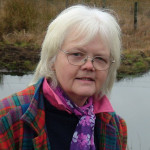 My childhood was divided between Edinburgh, Ghana and Iraq. I then trained in nursing and midwifery in Edinburgh, Plymouth and York. I was a nursing sister throughout early to mid 70’s in the Royal Northern Infirmary, Inverness. “Gap” break travelling across Europe followed by a return to Inverness to work in land and property management. I worked as the Trust Administrator for The Applecross Trust (1988 to 2006). For the Trust I also developed various joint community projects including the largest joint crofter/landlord amenity woodland scheme ever undertaken (The North Applecross Woodlands Project) as well as run of river renewable energy schemes and other small partnerships. Aged 60, I retired from the Applecross Trust in 2006, remained as a consultant and am now a Trustee/Director of the Trust. I was awarded an MBE in 2008. I am also a Trustee/Director of the Abriachan Forest Trust. 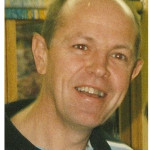 Felix is a native of Fort Augustus. He moved away in the early 1970s to pursue a career in the RAF. He served for 30 years in the telecommunications field, seeing service throughout the world. After being posted to RAF Kinloss in 1995, he and his family moved back to Fort Augustus in 1997. Felix always had a passion for local and Scottish history and has been the Treasurer of the Fort Augustus Heritage and Youth Groups. Since leaving the RAF in 2004, Felix has been employed in the construction industry and currently is the procurement manager for Stanton Contracting Ltd at the development of The Abbey, Fort Augustus.

Kenneth has lived in Fort Augustus (Glenmoriston) since 2000 with his wife Susan and 2 children. He has worked in the Forest Industry since leaving school covering a large range of disciplines and locations. Since taking up post in Fort Augustus Kenneth has been the District Forester for Planning and Environment covering the area from the Great Glen to and including Skye. A range of projects particularly relating to renewable energy has been on his agenda for the last 3 years with various community trusts and groups, particularly in getting sites/projects to fruition from the planning and consultation stages. Kenneth’s interest in renewable energy and energy saving includes micro generation at the domestic scale along with technology to reduce energy requirements. He has been actively involved with the Community Council as secretary and is currently the Chair for the last 6 years, during the initial planning, consultation and negotiation for them millennium wind farm.

After a childhood in the Western Isles and Renfrewshire, I became a Fishery Officer, with DAFS, which involved the superintendence of sea fisheries at ports throughout Scotland, which led to an appointment (as Investment Manager) with the Highlands and Islands Development Board (HIDB). This led to a more general role as Development Manager with Ross & Cromarty Enterprise, followed by 5 years Management of Eilean Iarmain Estate on Skye, an estate which encouraged significant community engagement.

Following Eilean Iarmain I managed the MOD Hebrides Range, a missile testing facility in the Uists, then followed a ten-year period as a Performance Director with QinetiQ plc, responsible for delivering large contracts to the MOD. I retired from QinetiQ at the end of 2014, with the intention of taking a delayed gap year. I have, however, now found myself working on the new Queen Elizabeth Aircraft Carrier at Rosyth.

I was a Reservist Officer with the Highlanders, am a founder member of the Isle of Harris Distillery and currently Chair of the Scottish Modern Pentathlon Association. I live between Edinburgh and Inverness and enjoy gardening in both locations and am a keen cyclist and devotee of racquet sports.

I have a keen interest in renewable energy technology, together with community project experience.

Tor is a resident of Strathpeffer and has a background in community development, community enterprise and co-operatives. He has had a lifelong interest in renewable energy as the alternative to fossil fuels and nuclear.
He was a Board Member of the Highlands & Islands Community Energy Company and Community Energy Scotland. Some of his leisure time is spent on his Norwegian traditional boat and serving on committees involved with building and rowing a skiff, Fair Trade and campaigning against nuclear transport in the Highlands.

Keir Harman is Director at DNV (formally Garrad Hassan). He has worked in the wind energy industry for over 25 years spending the past 18 years founding, developing and running the global operational wind farm services for Garrad Hassan.  He presently directs the renewable operations business including asset optimisation, inspections, performance monitoring and energy forecasting for solar and wind power for DNV. His career highlights include  pioneering techniques now adopted by the wider wind industry. Previously, Keir has worked for National Wind Power (now RWE Innogy). A Chartered Engineer, Keir holds an MSc in Renewable Energy Systems from the University of Loughborough, UK and Risoe, Denmark.

The co-op is supported by Energy4All.