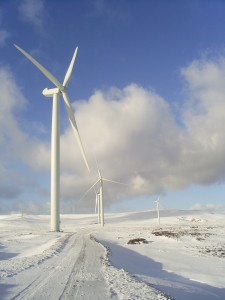 The climate is changing. Over the past 40 years, winters in the UK have grown wetter, with heavier bursts of rain whilst the summers are growing drier and hotter. Slowly but surely, much of the UK is experiencing extreme climates more associated with our European neighbours.

Carbon dioxide (CO2) is a naturally occurring molecule in the atmosphere that along with other Greenhouse Gases (GHG) retain heat from the sun ensuring our planet is habitable. However human activities, particularly burning oil and coal, have significantly increased quantities of CO2 in the atmosphere and created the enhanced greenhouse effect, which is resulting in increasing temperatures and risks of extreme weather events.

To most people in the United Kingdom, the prospect of seasons a few degrees warmer than in the past is not unattractive, but we can expect extreme weather (storms and hurricanes) to damage property, infrastructure and crops and affect our way of life on a more regular basis. Our traditional landscapes, shaped over centuries, are likely to undergo dramatic change. If increased economic pressure is brought to bear significant life-style adjustments will be required.

Estimates of the costs of major climate-related natural disasters show a dramatic rise with losses from 2005 estimated at $200bn indicating that as a result of our impact on the climate, we are making people everywhere more vulnerable to weather related natural disasters. For example, in the UK alone there are 5 million people who live in homes at risk of flooding.
Most governments have accepted that steps must be taken to mitigate climate change. Many local, national and international initiatives have been introduced, including the Kyoto Protocol, which came into effect in February 2005 setting national legally-binding targets to reduce greenhouse gas emissions. 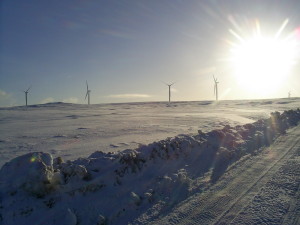 Energy forms the backbone of our economy and our way of life. Year on year energy consumption increases across the globe. Traditional methods of energy production are based on the combustion of fossil fuels. This presents two major problems: reserves of fossil fuels are dwindling and hence prices are rising; and their consumption releases CO2 and other emissions into the atmosphere, leading to enhanced global warming and therefore a changing climate.

In a transition away from carbon-based fossil fuel there are two options for producing energy relatively free from Greenhouse Gas emissions: by utilising naturally occurring renewable phenomena, such as wind, water, and the sun; or from nuclear reactors. The Energy White Paper states that the current economics of nuclear make it an unattractive option for new, carbon-free generating capacity. There are also important issues of nuclear waste to be resolved.

In contrast humankind has been harnessing the power of the wind for millennia, to grind grain and pump water and with advances in technology renewable energy from wind turbines is now a preferred option for new electricity generating capacity in the UK.

These new schemes are owned by the community through social enterprises to ensure the social, environmental and economic benefits are maximised.

We have it in our power to reverse this trend. The Climate Change we see now is due to past Greenhouse Gas emissions, but Climate Change later this century will be determined by the emissions we produce now and in the immediate future. We need to adapt our way of life.

“We are nearing the point of no return on climate change. We have very little time left to start reducing global greenhouse gas emissions before irreparable damage is done”.